Make 4 interest-free payments of $13.99 fortnightly and receive your order now.

These dolls are a world-first collaboration between @axis_toys, the distributor of Miniland Dolls in Australia and New Zealand and Miniland Educational in Spain, to create an Aboriginal Dolls range for Australia. Like all Miniland Dolls, they have been created around Miniland’s core values of diversity, respect and inclusion!

The Dolls were developed in consultation with several indigenous Australians including the renowned artist, Garry Purchase, with 3.5% of proceeds from sales being donated to Aboriginal community-led organisation, Children’s Ground. These funds will directly support communities in the Northern Territory who are seeking a different future for the next generation of Aboriginal children across education, health and well-being, employment and community development.

These dolls will give kids of all backgrounds the opportunity to learn more about Australia’s First Nations People, their history and culture told though the best storytelling of all – kids-play.”

Miniland Dolls are available in a collection of ethnicities and genders and are designed to represent the beauty of our differences, respecting all, no matter their race, sex or condition. By promoting inclusivity and acceptance, identifying emotions and respecting the feelings of others; all through the fun and value of play, Miniland Dolls play a vital role in a child’s development and help to seed respect for all backgrounds and creeds from a very young age.  For many children, Miniland Dolls represent the first time they are able to play with dolls that look like them and these new Aboriginal Miniland Dolls will also allow Aboriginal and Torres Strait Islander children this same opportunity. 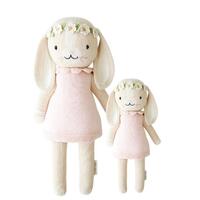 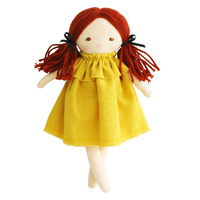